This year the players gathered approximately 100 pounds of food and $280 dollars in cash. Thanks to everyone who contributed! 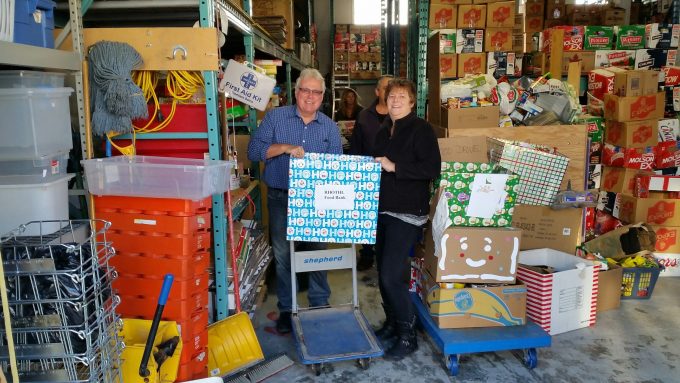 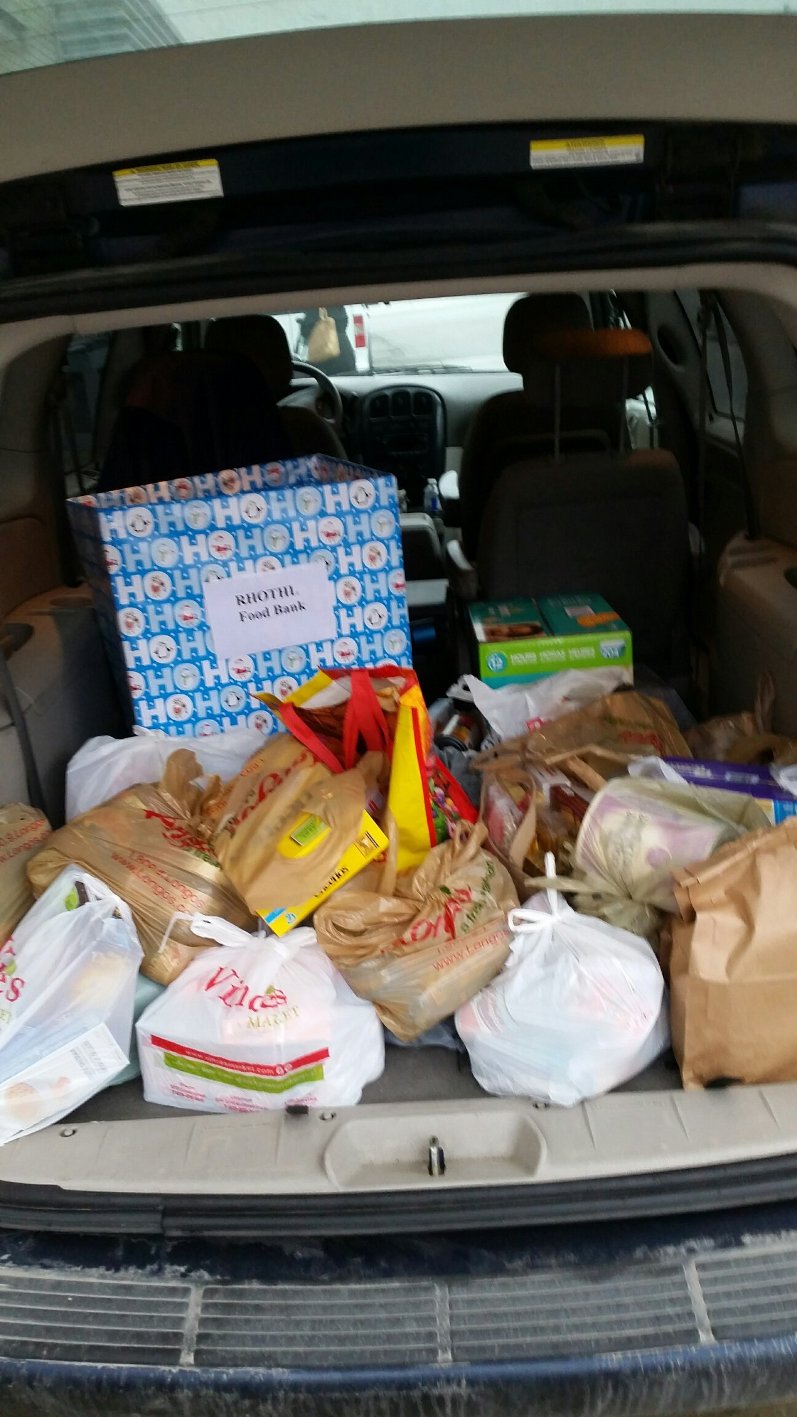 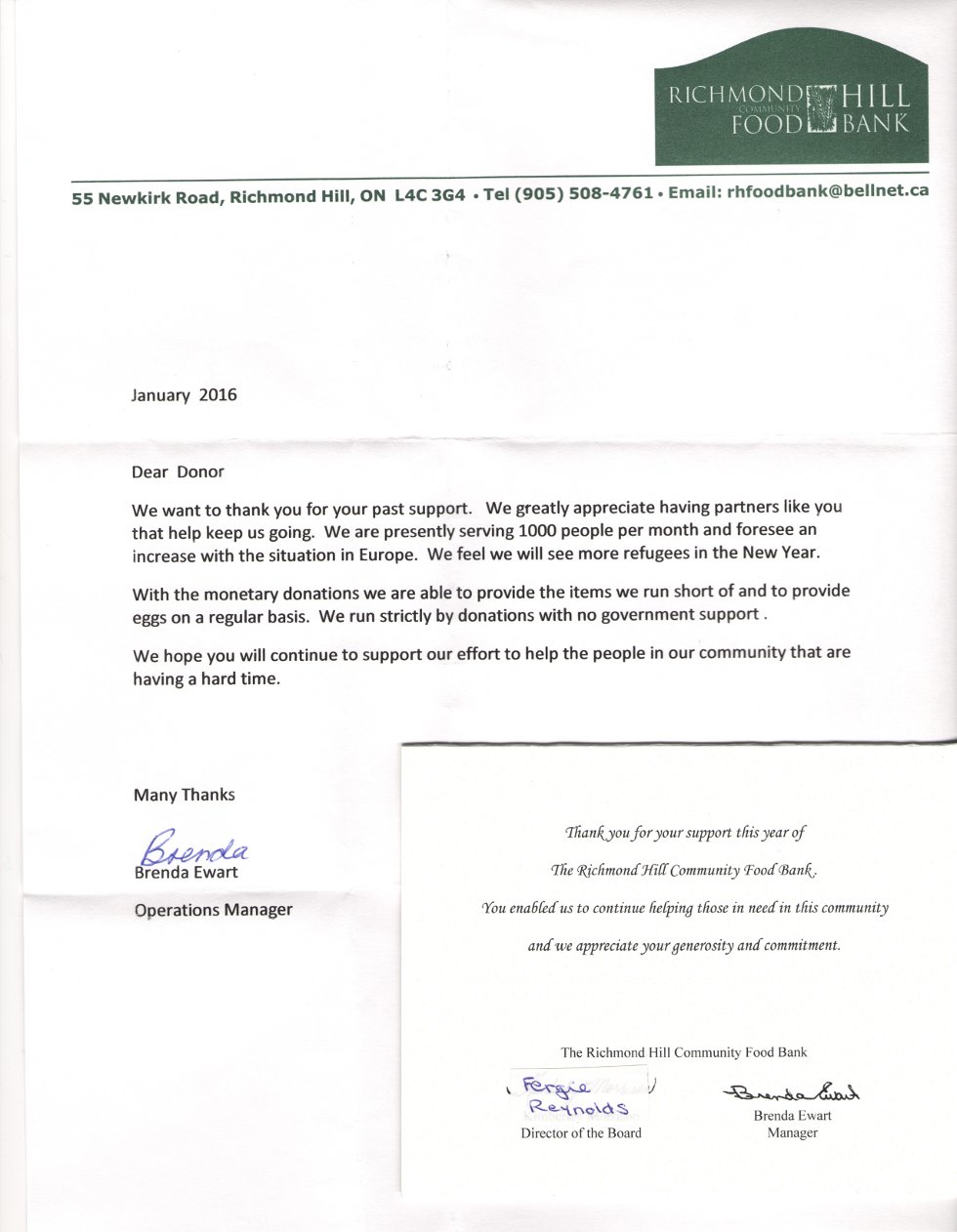 In past years, RHOTHL gave a few donations (total $2200) to ALS (see 2012 Events).
Derek “Braveheart” Walton, passed away on Saturday, January 17th, 2015. His wife and kids were with him the night before at the hospice and he had the opportunity to say good bye. He was diagnosed with ALS in 2002 with a life expectancy of 3-5 years but Derek decided to raise money for ALS by doing a tandem jump from an airplane. He raised over $310,000 for Sunnybrook Hospital research. He knew a cure would not come in his lifetime but he was certain that Sunnybrook Hospital would find a cure for the many patients still suffering the deadly disease. 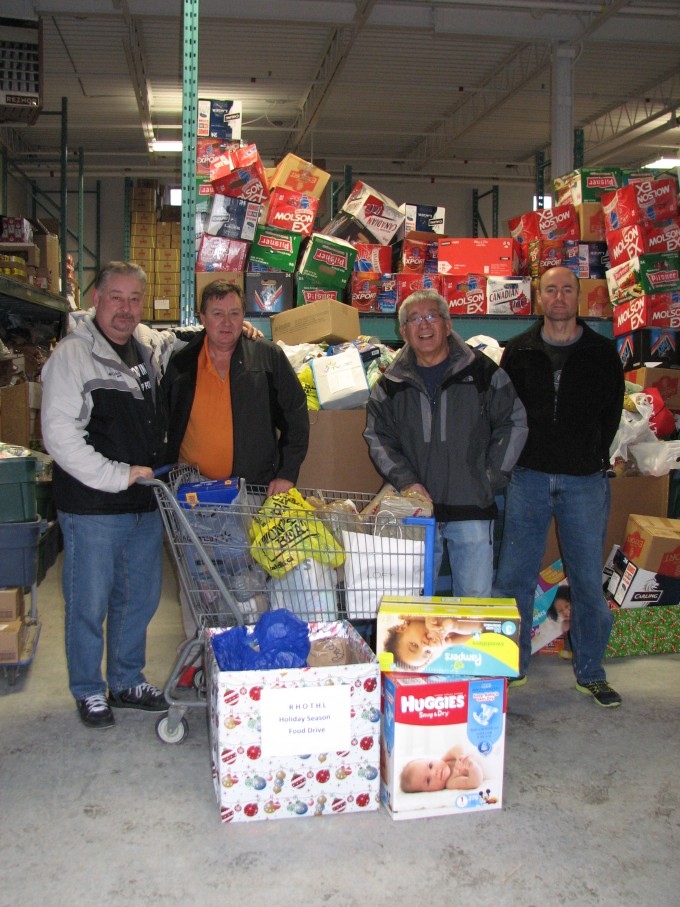 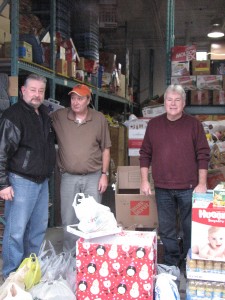 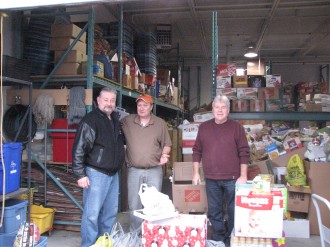 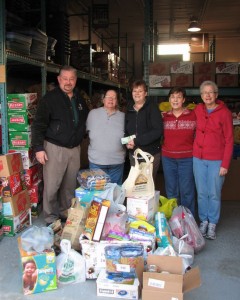 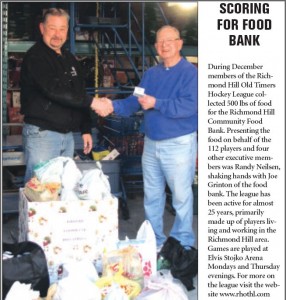 Approximately 600 pounds of donations we delivered to the food bank this Christmas. A big thank you to all the players in the league that helped make this possible. 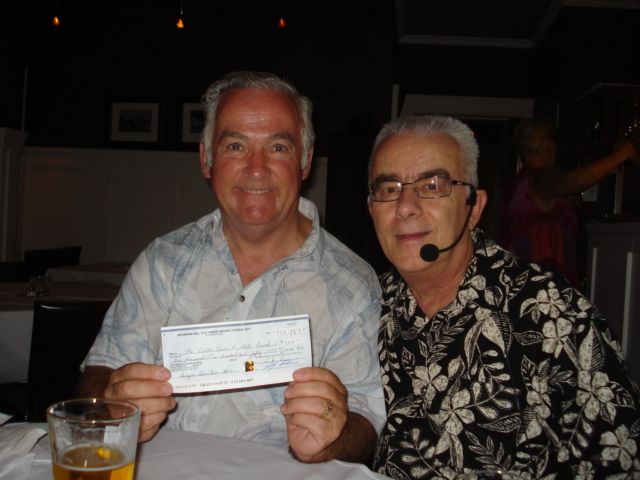 Dennis LaPlante is shown handing Derek Walton a cheque for $1,250 from the RHOTHL golf tournament. Derek was diagnosed with ALS (Lou Gehrig’s disease) in 2002. Since that time Derek has raised $250,000 for ALS research. Derek has completed a tandem skydive for the last three years and the cheque assisted with his fourth tandem skydive fundraiser that occurred on August 18th, 2012. Derek & Diane Walton want to thank the RHOTHL for the generous donation. 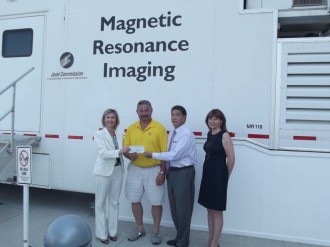 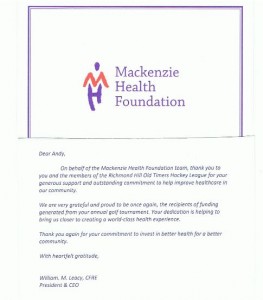 On July 12, 2012 the RHOTHL presented a cheque for $1,250, to The Mackenzie Health Foundation, raised at the leagues annual golf tournament. The funds are to be directed towards the funding of the new MRI equipment for the Mackenzie Richmond Hill Hospital. Pictured from left to right are Luci Anderson (Director Major Gifts), Randy Nielsen, Andy Arai and Tammy Bucci (Major Gifts Officer).